Building a club racer to compete with the works teams 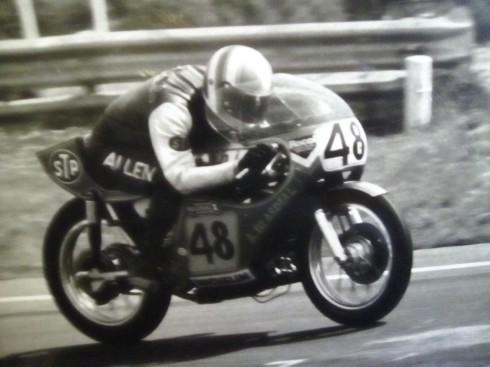 In the winter of 1973 Dave and good friend Allen Blasdell decided to join forces and build the ultimate GP racer. Using Dave’s mechanical and fabrication skills and Allen’s technical and machining knowledge they decided to convert Allen’s Seeley MK4 frame that then housed a Norton Commando engine, to take the Konig engine. They believed by using the superb Seeley frame, that was at the time the ultimate in frame development and the powerful but light konig engine, it would make the perfect power to weight ratio race machine!!

As the 1974 season began, so did the Seeley Konig’s test sessions, with a few teething problems. Once these niggles where overcome success came with Allen cleaning up many wins at club meetings in the 500 and open capacity classes.

As the season went on Allen moved up the ranks, from club meetings to high profile events whilst gaining his international licence.

During the 1974 calendar his results included:

- 5th in the 'Cadwell Conquerer'

- 7th in the 'Shellsport 500 class Race of Aces' at Snetterton

- And was running 5th in the 'Shellsport 500 class race of the year' at Mallory Park until a broken disc valve belt caused a DNF. However, due to finishing 3rd in the previous days heat, Allen was invited to take part in the actual 'Race of the Year' with the likes of Phil Read, Giacomo Agostini and other stars. Sadly there was not enough time to repair and prepare the machine for the race. (Dave and Allen often ask themselves 'what could have been').

One other such event was the John Player Grand Prix at Silverstone when Allen qualified 11th, but when a gearbox leak lubricated the rear tyre, the Seeley and Allen went down at Abby curve travelling at a estimated 140 mph.

Further investigation found that the oil leak was caused by a failed layshaft oil seal which because the gearbox was inverted it exasperated the problem.

Future plans had been discussed to build a new lightweight Seeley konig with a 680cc power unit and twin front brake discs to compete in the open capacity classes.

Sadly, this was not to be due to the fact that the Seeley was severly damaged in a televised race 'The BP Bill Ivy Race of the South' meeting at Brands Hatch in October 1974.

So, from March 1974 and in six months Allen went from club racing to the most prestigious UK races.

Dave and Allen only now realise the enormity of what they we're achieving during that time. 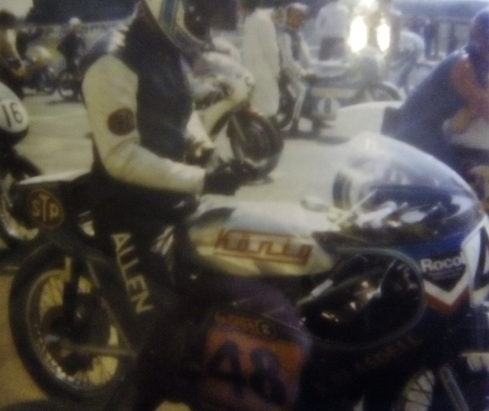 Allen on the start line of the 1974 Snetterton 'Race of the East' where he diced with Steve Parrish for the lead only to be pipped by him on the line. However, both repeatedly equalled the circuit lap record. 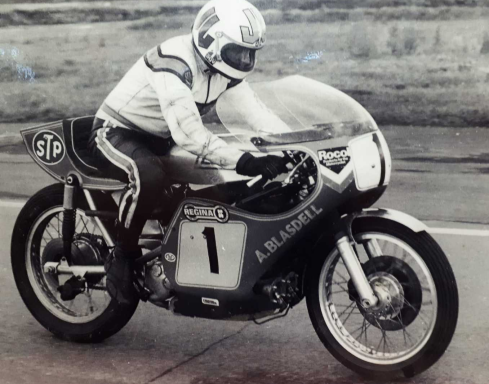 (Above picture is when Mike Grant was asked to carry out a racer test on the bike for MCN).

At the end of the season Dave and Allen decided to venture into building there own frame, and by doing this they believed that they could overcome some of the issues they encountered with the Seeley Konig. The Seeley Konig was layed to rest and the Daval was born!!!